When things were better, (read: no virus threatening the world’s safety) going to bookstores and reading some then getting one book for each kid was a thing we do on weekends. We would also often drop by our favorite candy store by the gram – they could get their favorite candies which they would consume for some days. The kids and their dad are homebuds…so the weekends out are sometimes a not-so-welcomed activity. Also why I had to give them some kind of “reward” for going.

When out, we would also look around for some shirts on sale (because we don’t buy stuff on full price, lol), or games at the tech store if they fancy any. Nowadays, since lockdown has been imposed, amazon has been a good source of shopping therapy. ^_^ Also, buying gifts for your family and friends is a good way to let them know you care and this will help ease their anxiety a bit.

Here are my top picks as gifts for my homebuddies which you could get ideas from: 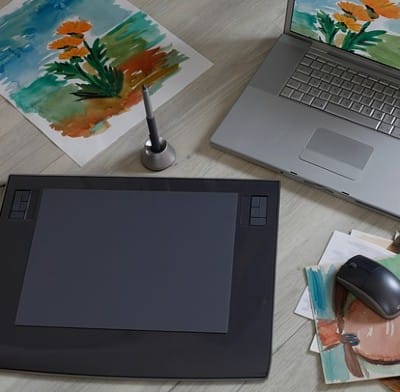 Hubby and dawty have been using each a WACOM Cintiq for their digital art (she got her artistic hand from him). And while both still works A-ok, I would really like to get this XP-Pen Artist15.6 15.6″ Graphics Drawing Tablet for him.

It has a large drawing area (he has two monitors so I’m sure he like bigger tablets too,lol). XP-Pen Artist15.6 has great pen pressure (at 8192 levels).  The pen doesn’t require batteries so it’s convenient for someone who forgets to charge.

Reviews say that it is easy to setup the drivers with the essential softwares – although this isn’t a problem for hubby, it will still save him time. Just some of the pros. 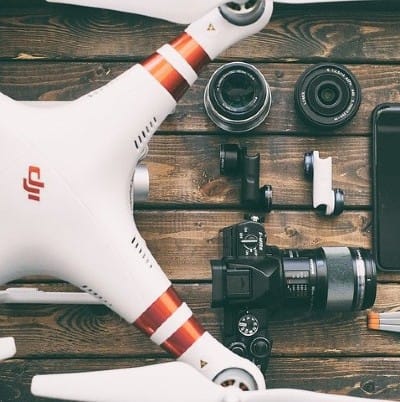 For those times that we go out with hubby to the park and lakes around us, he would bring the GoPro and his drone to record some views from above. He has been using an old drone model (that I’ve forgotten which) and I haven’t seen him bring it out lately. Well, there’s really no chance to use it nowadays, given the lockdown order.

I’ve been eyeing this Snaptain Foldable Mini Drone with 720P HD Camera, and WiFi FPV RC Quadcopter. Doesn’t cost as much as the other one I’ve looked at and the sleek design is something hubby would like. He could fly it out from our balcony.

Reviews say that its size is convenient, being foldable and not so bulky. It can also be controlled not only by a joypad but also by voice control commands. Its 720P HD Camera produces good enough photos and videos.

My daughter and I share the fondness of doing small things by sewing. I made her a peach dress for a wedding before, while she makes toys for our cats.

We also made cloth facemasks with pockets when the pandemic started. However, we were only sewing by hand, because our sewing machine was lent by mom-in-law. We gave it back since we haven’t been productive for some time.

We saw this mini Sewing machine, and it looks cute but also efficient. Reviews positively say that even though it’s small, it can make a lot, is very light, and flawless to use.

When my daughter was 5, I saw her walking a stuffed toy dog around the house. She had put a belt on its neck like a harness ^_^ and was playing pretend with it. To this day, we have three cats and while she loves them, I know that she would also love to have a dog.

Having explained to the kids that aside from living in a flat, without a garden and that, taking care of dog is a lot different from having cats. So when I saw this dog robot, I was giggling. I’m pretty sure she would also find it cute and funny. This robot dog can wink and bark, it will also follow commands pre-recorded by its owner (your child in case you buy one).

Reviews say that they love it when you tap the forehead,  the dog cuddles and acts like a real dog. It’s also sturdy, some reviews pointed out having it falling off, but is still intact nonetheless.

We love to read, and our bookshelves now have kid books we are arranging to give away. We have completed some sets of books and the Sherlock Holmes hardcover set is one I would like to add to our collection.

This will particularly be for our older son, who reads the most among the three. But of course, I would be happy to read them too. Sherlock has been a favorite of ours and although the kids only know him through the TV series, this would give him (them) a deeper look into his character.

This stylish rc car is one that looks like our display at home. It’s on display because it has unfortunately burned out now.

Our older son is a gamer (just like dad) and he also enjoys tinkering with our gears (drone, cameras). He isn’t much into cars but I would challenge him to tinker with this one. This RC car is a beginner’s RC Car: it is designed with an easy-to-learn remote control, one that our boy would enjoy as a newbie.

Positive reviews of those who bought this car include it’s sturdiness, it’s sleek look, and the unexpected good performance for its price.

For the Youngest in the Fam

Our youngest kid loves to play chess. I do too, and we had a set of glass chess but was missing a piece since I can remember. I had long thought of getting this elegant chess set for him, but he got a gift from a dear friend, a foldable board that he can carry anywhere.

I think playing chess with him will stimulate his mind, especially now that he has been at home, learning for school on many hours. Sometimes, he plays chess online too – which is alright, but don’t you just love the smell of wooden chess pieces? There are many other board games on my list of gift ideas for your homebuddies, but chess would always be the first one.

When the kids were younger, hubby and I would bring them out to play some RC cars we assembled. More particularly, the Tamiya models. The little boy was fascinated with them as well, and though we never got to buy him one he can tinker with back then, this Stunt car might just be the perfect one he can start with.

The little boy is one who often destroys stuff at home, albeit not on purpose, so this RC car is perfect for him, being sturdy – built of premium ABS plastic and non-toxic explosion-proof PVC materials. It’s also safe in this matter.

Reviews say that the sturdy material of this car makes it appropriate for kids who love to run around.

Gift Ideas for Your HomeBuddies – the Younger Ones

If you have toddlers at home, include them as recipients of your list of gift ideas for your homebuddies. My kids have grown so this dinosaur robot may not be appropriate anymore. But if you have kids younger than 7 or 6, this toy would be a hit.

This dinosaur robot dances to different prerecorded music. You can use the remote control to switch it two modes: slide and walk. When the RC dinosaur’s head is touched, it would interact by shaking its head and wagging  its tail like a cute dog.

This cute robot is designed based on the prototype of tyrannosaurus, it comes with LED eyes and vivid sounds. This toy can also be programmed to do multiple actions that even a child could tinker with.

Reviewers are happy with this toy’s interactivity and the easy settings that a child could already learn.

Who would say no to a robot? All kids would be happy to own one, think Gundam, Voltes V, Power Rangers, gift them an interactive robot and they would be out on their own playing happily. This intelligent robot can detect and avoid obstacles.

What’s fun is it can sing 5 songs with slow movements and eye light flashing, it can also adorably dance with music.

This RC Robot can input upto 50 motion commands and demonstrate a set of actions that the child enters through the remote control.

Reviewers say the kids they bought the robot for are happy and really playing with the robot well.

Gift Ideas for Your HomeBuddies – The Cats

Cats needs a lot of stuff. And they sometimes don’t really use a lot of them. 😀 They would prefer boxes instead of cat beds, they would play with coins instead of that expensive toy…nevertheless, giving them gifts is not bad.

As a good catmom would, I want to buy them a proper, tall scratch tower that they could laze around and be comfy.

The one we had is a makeshift and DIY…although they haven’t really complained,  I would be glad to see them in a better one.

If you have dogs, and other pets, you could also easily find appropriate gifts that your four-legged kids will truly appreciate. Whatever gift ideas for your homebuddies you pick from this list or another, always consider what the personality of the person you are giving it to. This way, you can be sure to pick what is best for him or her. If you can subtly ask what they want, better – but that might take away the surprise. In any case, it’s always the thought that counts. 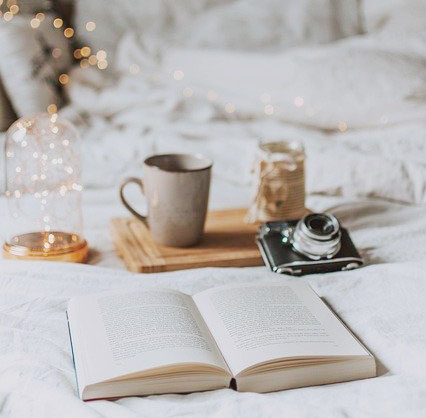 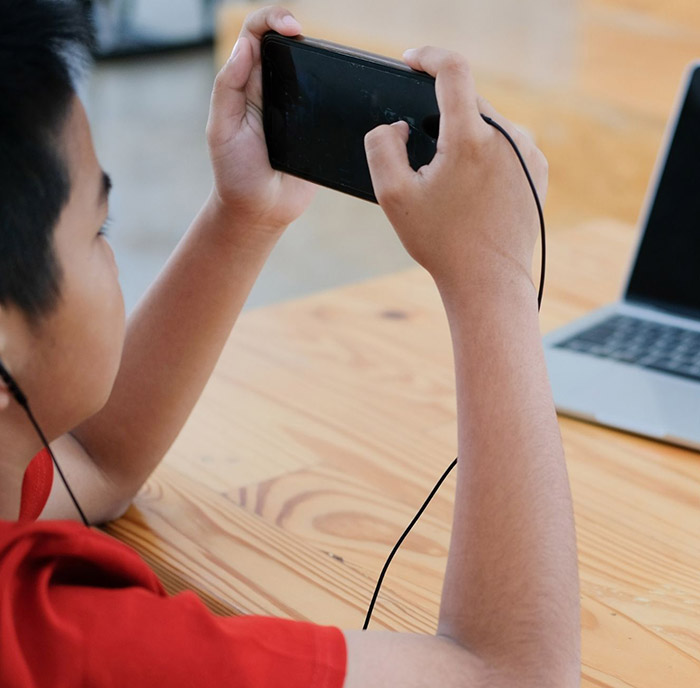 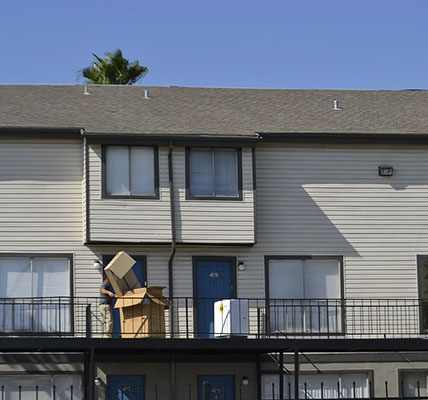 7 Things to Do Before You Move